IF! offers many opportunities for education, inspiration and meetings.

Browse the calendar to discover them all, and register now to book your place. 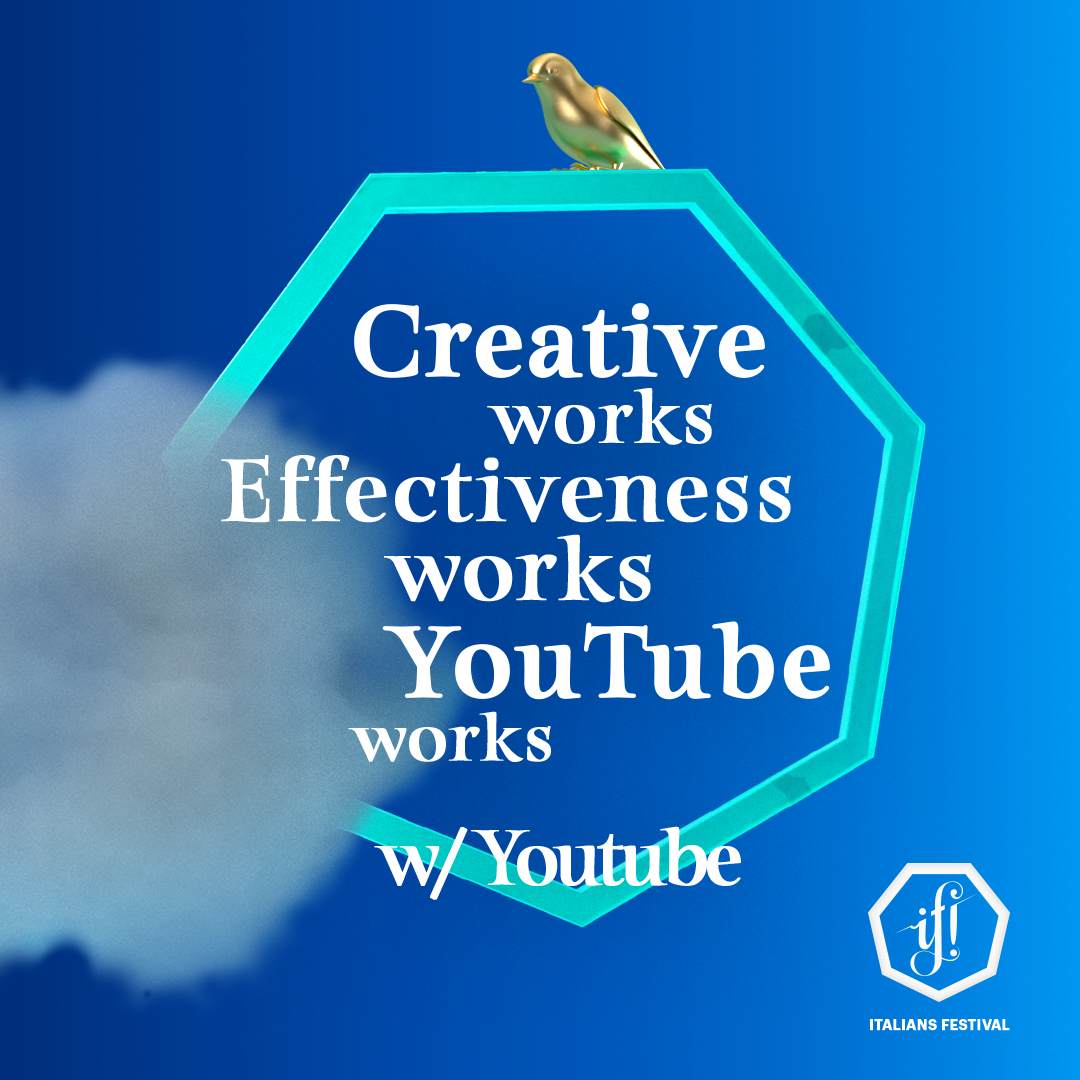 How does a video work on YouTube? Why are some campaigns more efficient than others? Is there a creative formula that can guide us in producing our campaigns?
This workshop is devoted to the fundamentals of YouTube to create effective campaigns that engage the user and achieve business goals.
The second part of the workshop is devoted to discovering the categories of YouTube Works, the award that recognises the best campaigns on YouTube.

At the age of 20 he began to take his first steps in the world of television as a programme editor. He discovered a world, he discovered a trade. He attended the Civica Scuola di Cinema Luchino Visconti where, during his studies, he created a programme that would be broadcast on Rai5 (2 seasons), and a documentary for Sky Arte, "Attori o Corsari". In 2013 after finishing school, with colleagues he created the YouTube channel Zootropio. The channel’s first video "The 14 Stereotypes of Soccer", exceeded one million views in its first week. From then on he devoted his time to YouTube Zootropio, which in just over three years produced over forty branded content videos and commercials for cinema and television. In 2015 he made his first short film "Silent Love", which today boasts more than ten million views across the world.

Among his latest work he helped writer Roberto Saviano create his YouTube channel. Since 2018 he has been working at Google, today in the Creative Works team as a Creative Lead in support of brands and agencies. 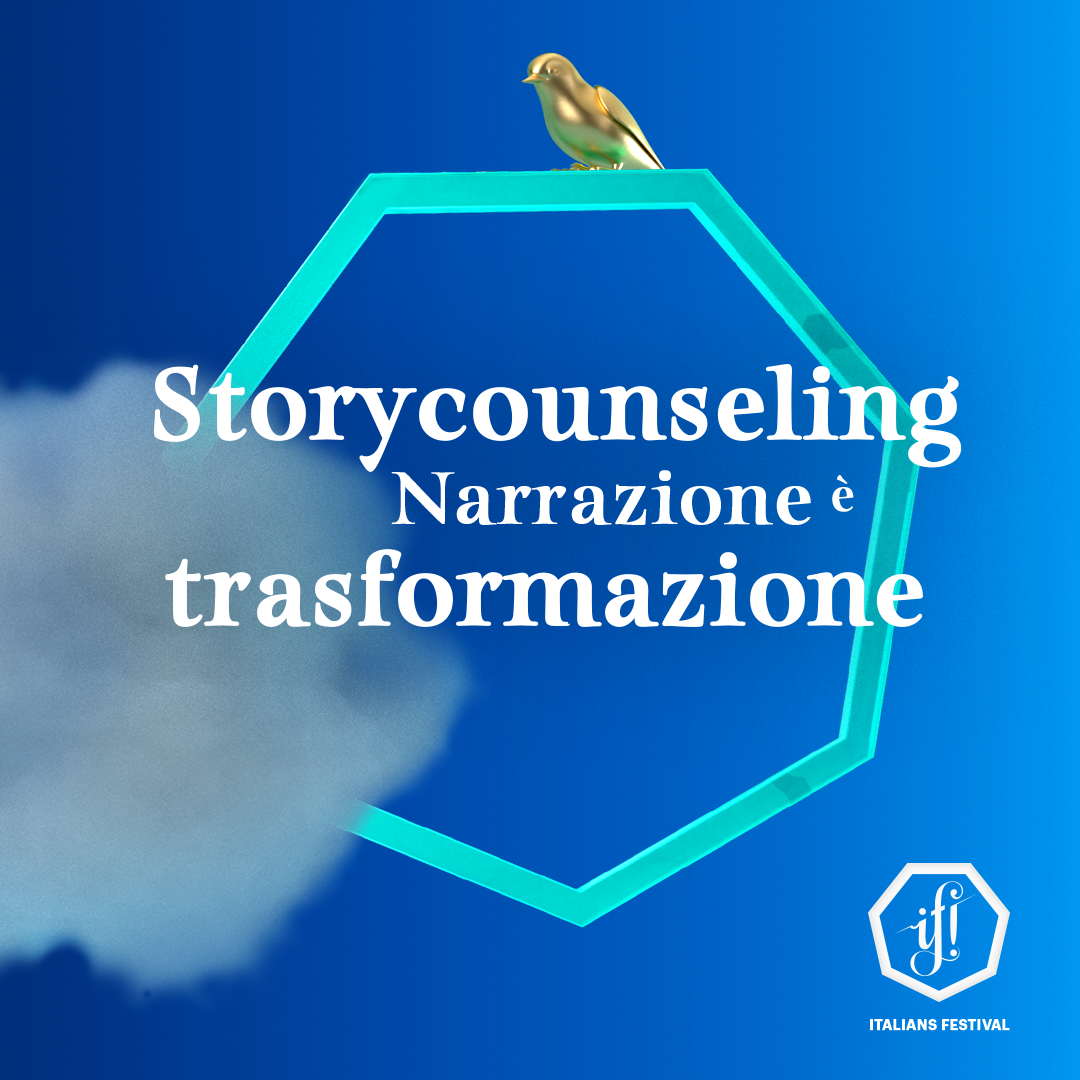 Companies have always developed their own idea of the future. The future is a need and a central theme for human beings, especially in times of crisis. In this perspective, the crisis at both an individual and collective level is an invitation to actively choose to open the doors to desired change. Crisis is at the heart of every story. The biological roots of storytelling enable us to understand how every act of communication is an act of fiction capable of producing a physical change in reality and in people. Here lies the counterfactual and transformative power of narrative. The construction of new narratives is a profound need for human beings and the most effective action that can be taken  to train the mind to aspire to and prefigure change.

The workshop aims to use storytelling and its counterfactual power as a tool to generate new narratives of the future and help us understand how to anticipate events and rebuild, to achieve our desired scenarios in professional, strategic and personal contexts.

He has a degree in Philosophy, Modern Philology and DAMS. He graduated with a scholarship from the Holden School. He has published short stories in anthologies and magazines. He wrote the novel Daddy Cool (Compagine, 2014). He translated and edited the Italian edition of Stand-up comedy, the new American literary genre (Sagoma, 2016). For the screenplay of Abbiamo tutta la notte he won the "48 hours Rai Awards". He is co-author of 6Bianca, a six-part theatrical drama produced by the Teatro Stabile di Torino in 2015. He has written for live shows and television (Zelig Lab, Copernico, Comedy Central) and is one of the founders of Comedy Studio, the first school for stand-up comedy in Italy. He directed the format Cambio pelle ma non te (Real Time, 2018). He has coordinated projects for, Generali, Sky, Fox, Feltrinelli, Save The Children, Telecom, Juventus, among others. He has lectured at: Wired Next Fest, Salone del Libro, Festival della Mente. His recent publications: Stand-up Comedy (Dino Audino) and Fata e Strega (Edizioni Gruppo Abele), written with Carlo Freccero, finalist for the Estense award and Umore e pensiero laterale (Egea Bocconi). He developed the Storycounseling® method, which combines stroytelling, counselling and coaching. 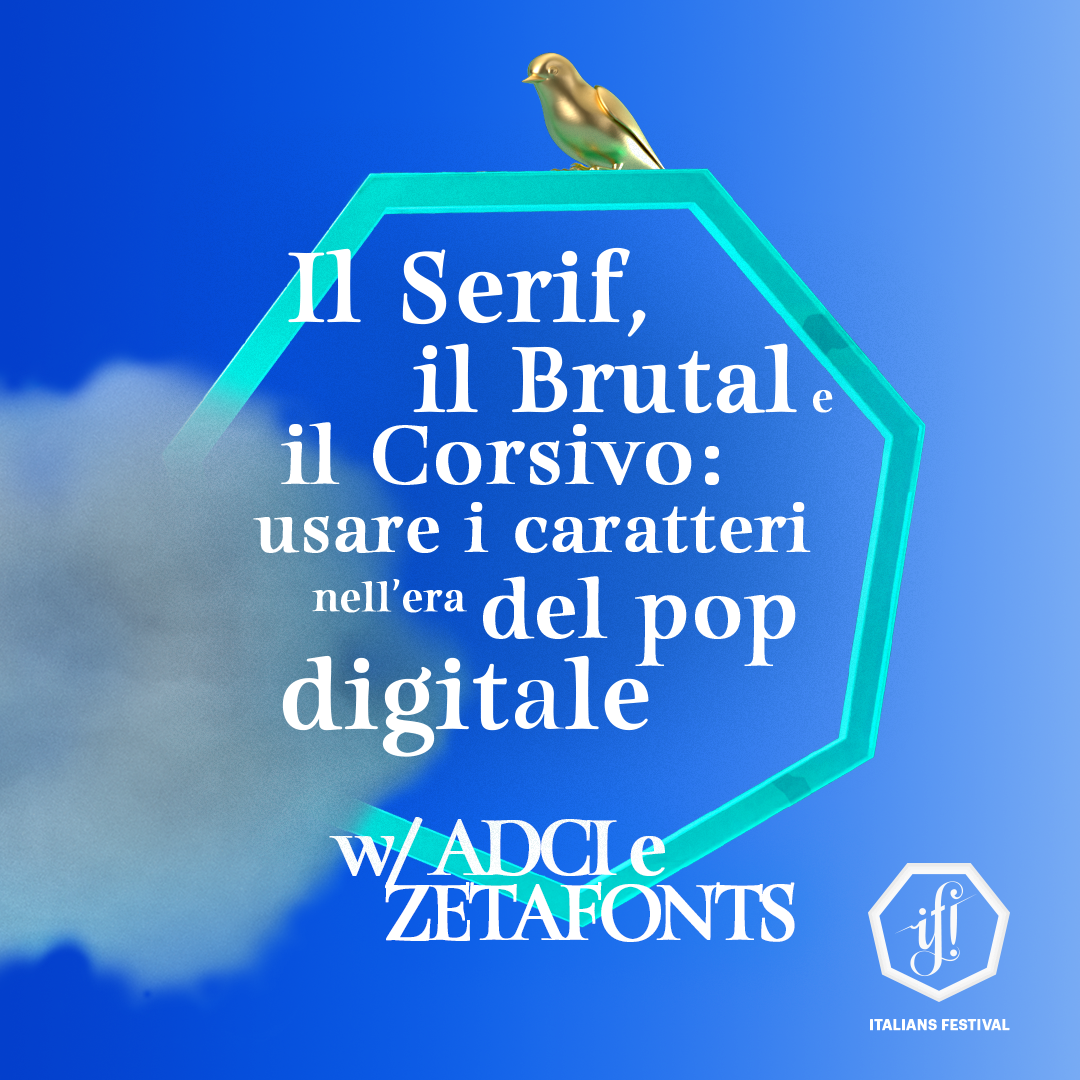 Serif, Brutal and Italics: how to use typeface in the pop digital era

In writing a message, the choice of typographic composition determines the expression of the communicative tone.

Just as verbal tone in conversation suggests intent, in visual communication, together with the type of copy, it is the typographic choice that intones the message and renders it effective. It allows you to best express the identity of a brand, the quality of a product or the concept of an event.

Serif, Brutal and Italics, with anecdotes and curiosities, will present numerous examples of the ways in which typography can be used to better inform and to communicate more precisely and effectively.

Participants will be provided with physical materials with which they will be guided in the creation of artwork on a specific theme.
Scopri di più See more info 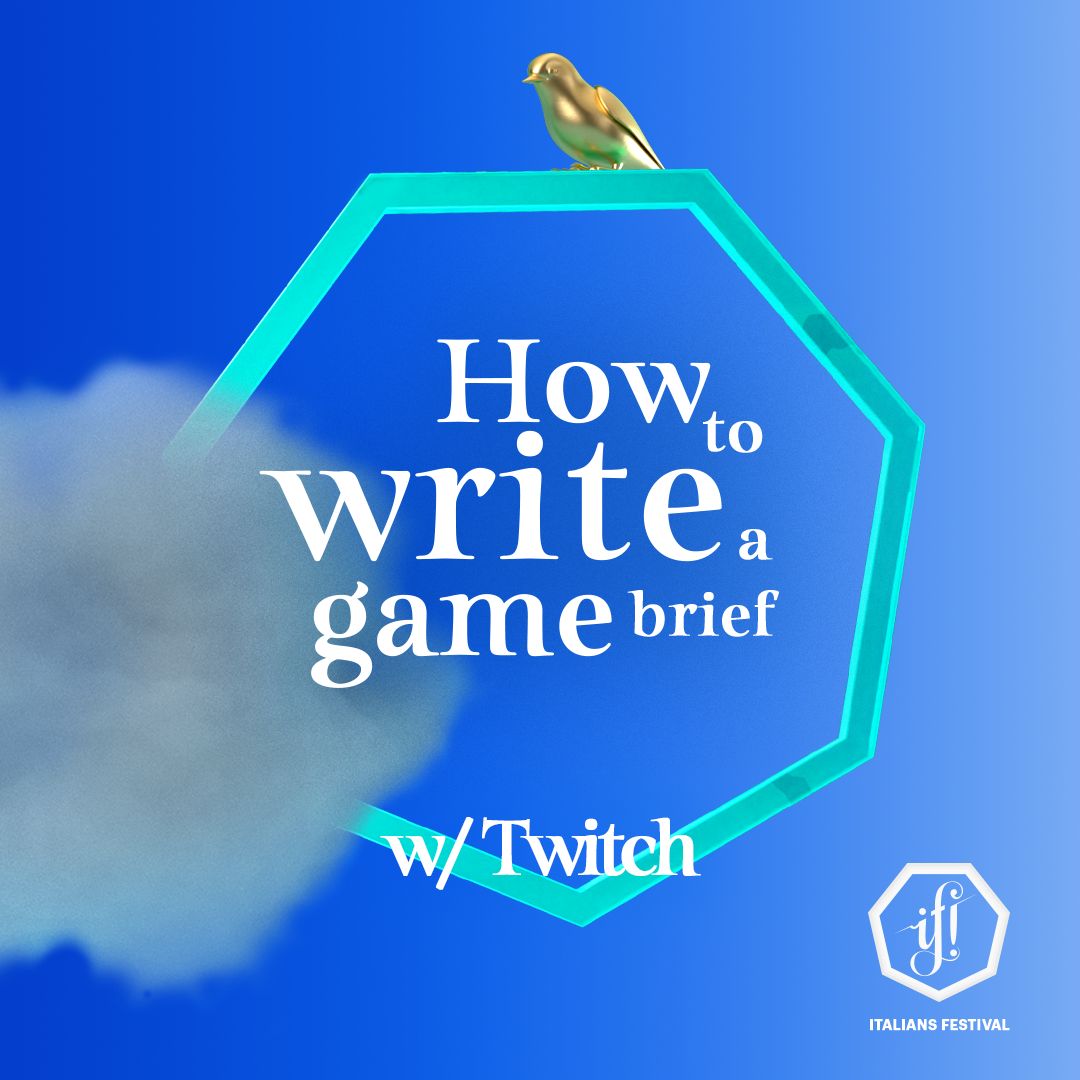 Twitch is the place to be. As the world’s leading interactive live streaming service, there is a huge opportunity for brands on the platform. The audience understands how brands support the streamer ecosystem and are very receptive to authentic, entertaining content when brands get it right. Join Nicoletta Besio, Sales Director Italy, and Ricardo Caetano, Brand Partnership Studio Lead EMEA as they deep-dive into Twitch’s unique service, the many different ways to work with Twitch to create iconic initiatives and how to put this all into practice in a brief. The workshop will provide best practices and creative process tips for creating community-driven partnerships and wonderful activations.
Scopri di più See more info 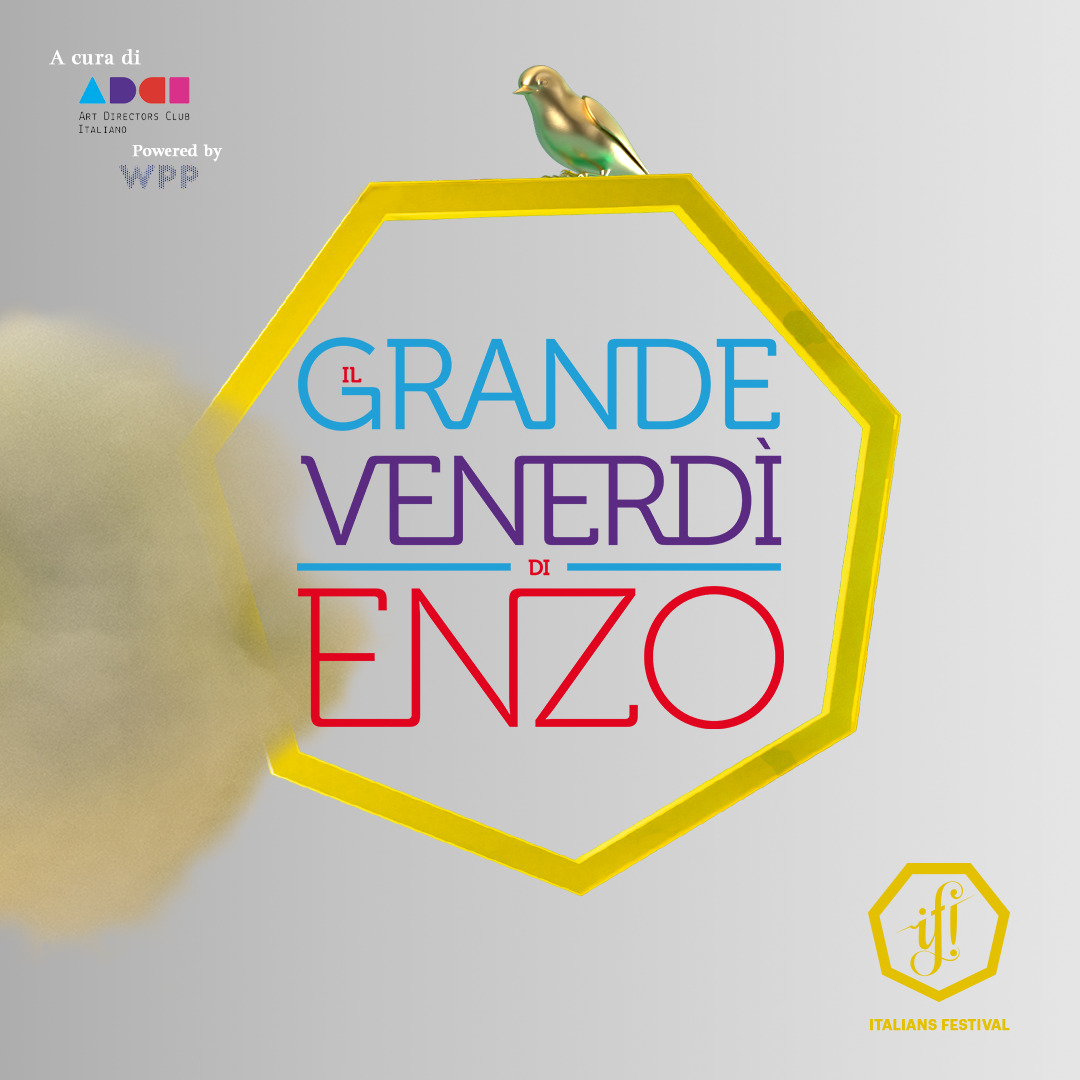 On November 12th, from 21:00 to 22:30, the largest national portfolio review is back, like every
year, to allow aspiring creatives to meet some of the best professionals of the Italian creative
sector, and to have a 25 minute interview with them, to discuss and receive precious advice to
improve. Just like Enzo Baldoni did every Friday afternoon.
This 12th edition will be online and all young people will be able to take advantage of this situation
to have a face to face with the most important Italian creatives from Milan, Turin, Bologna, Rome,
Naples, and Palermo.
Don’t waste time, subscribe now on the IF! Italian Festival website, spots are limited.
Scopri di più See more info 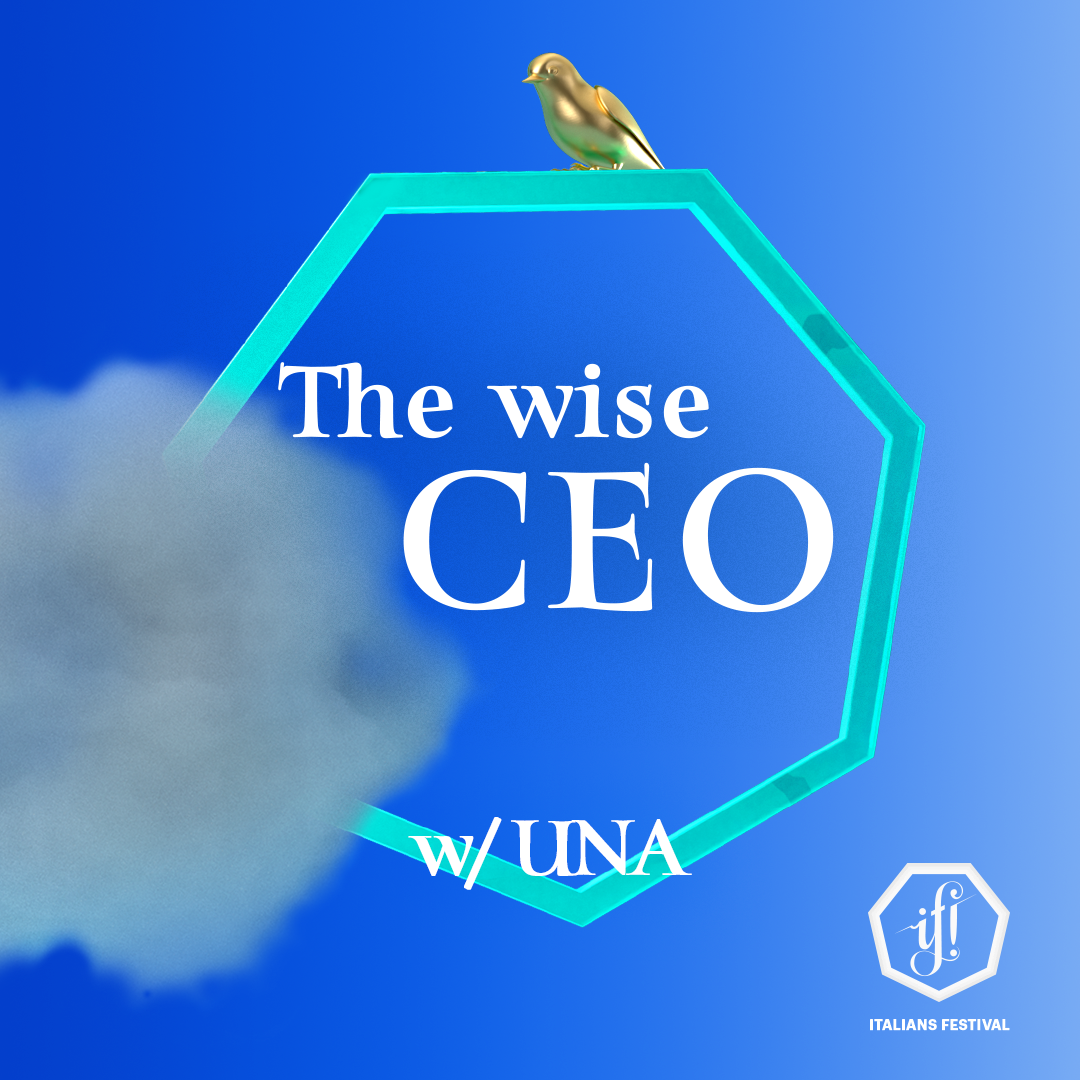 Back for the fourth consecutive year, the format that gives young creatives and communicators the chance to spend 15 minutes each with the CEO of an agency (media, advertising, PR, events) to ask advice of any kind, whether it be what path to take, what objectives to set themselves or simply how an agency works. A virtual chat roulette in which experienced (and successful) people make themselves available to those who want to start a career in the world of communication or those who want to try a new work experience.
Scopri di più See more info 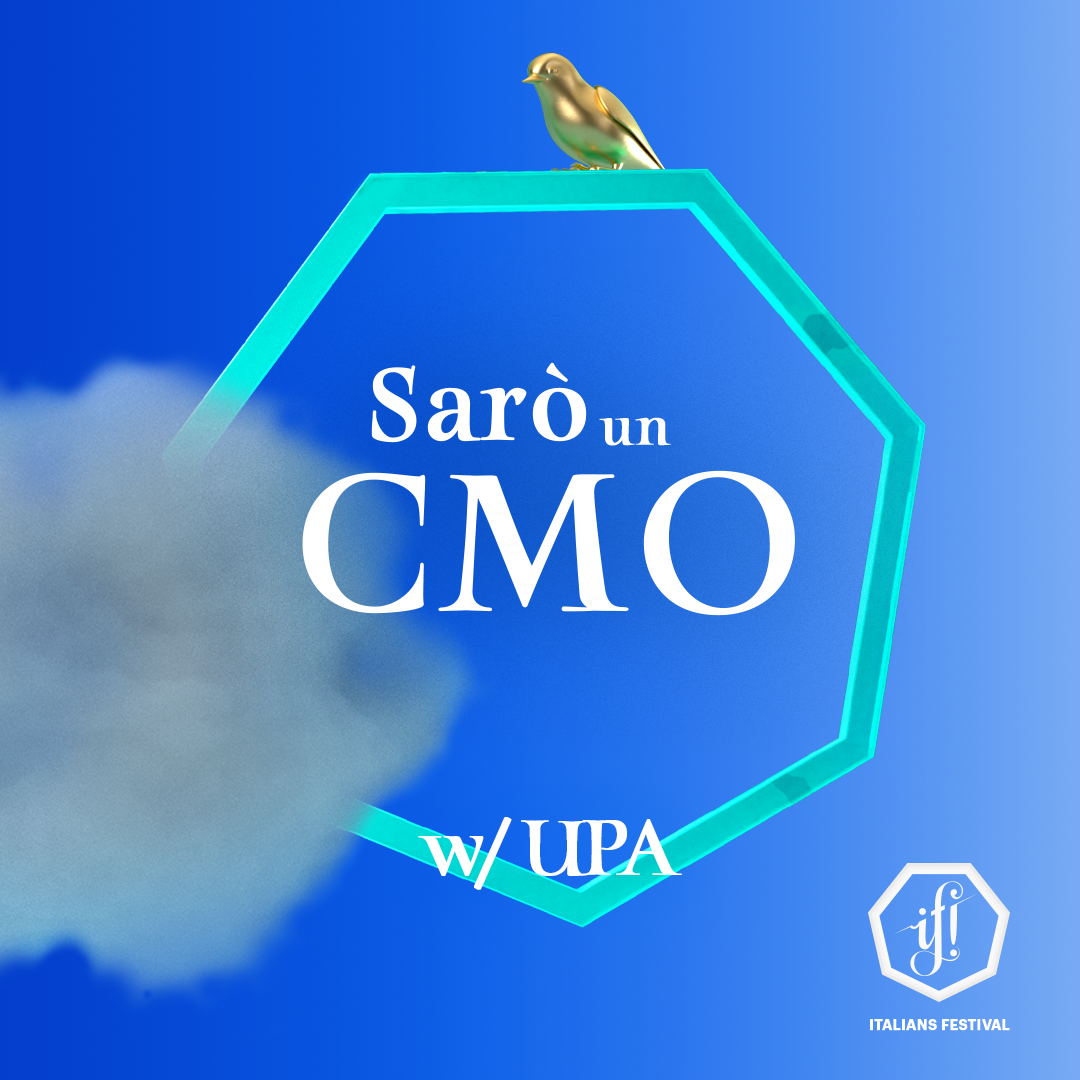 I’M GOING TO BE A CMO

In addition to UNA’s successful event at IF!, "The Wise CEO", in which young creatives and communicators had the chance to meet agency CEOs and talk with them for 15 minutes, since last year with the same mechanism young aspiring managers and young communicators who are planning a career in marketing, have the opportunity to meet the marketers of some of the major UPA member companies.

Fifteen unmissable minutes in chat roulette mode, prodiving a unique opportunity to understand how you get to do high-level marketing in a company. It will not be a job interview, but a one-to-one orientation meeting, in which experienced and successful professionals make themselves available to those who are approaching the world of work and/or intend to undertake new professional experiences: advice of all kinds, on the right path to take, on what objectives to set oneself and on what skills companies are looking for today. But it is also an opportunity for CMOs to have direct contact with those who will become the managers of the future. All through Google Meet in streaming mode, which we have all got used to using just recently.
Scopri di più See more info
REGISTRATI SIGN IN